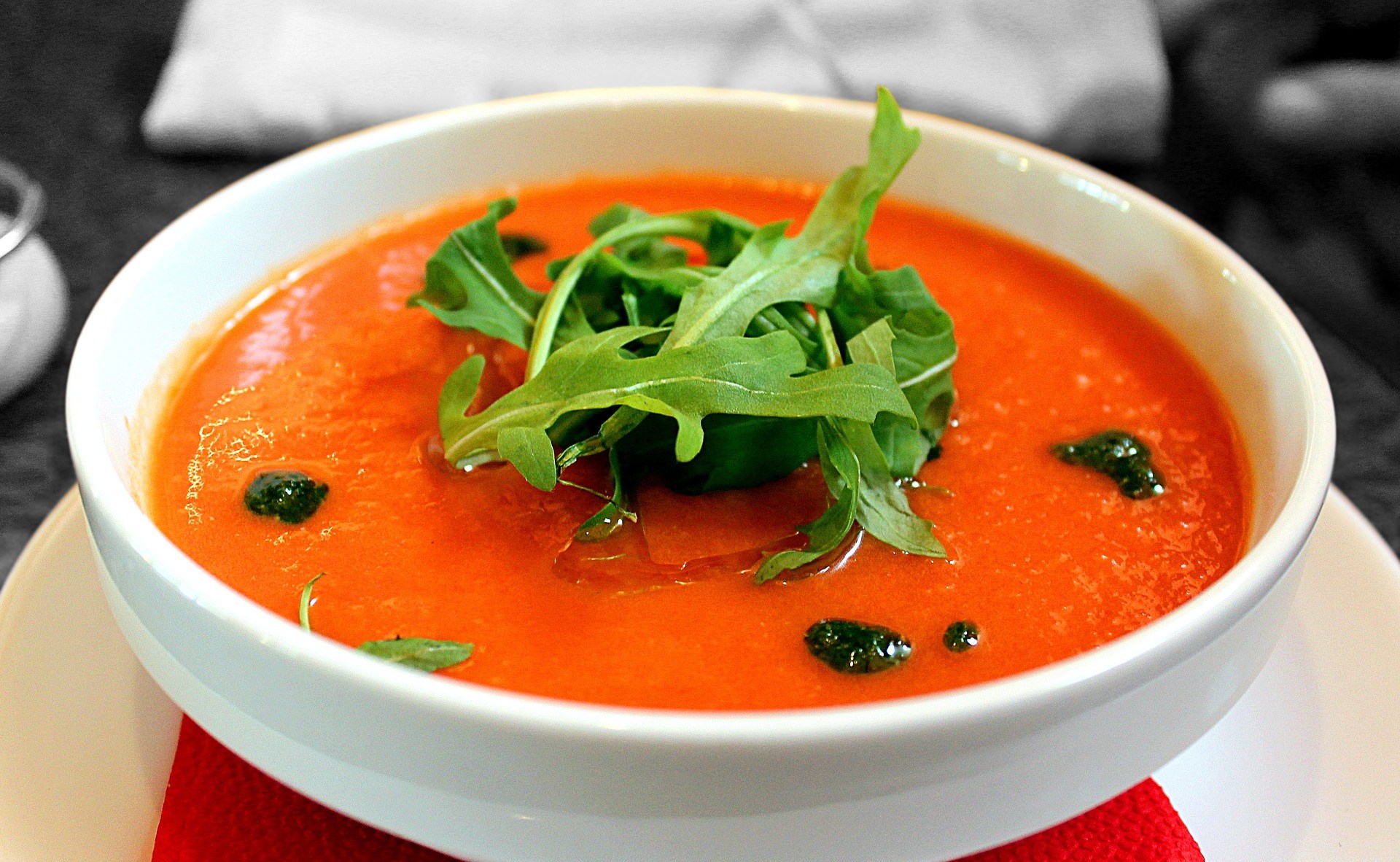 The famous cold soup won over gourmets and… lazy people  - due to its deliciousness and easiness to prepare. See below a list of Gazpacho variants and the best Andalusian recipe!

The website SouthernSpain.net could not miss the recipe for this soup. The famous cold soup, Gazpacho, won over gourmets and lazy people – due to its deliciousness and easiness to prepare. Andalusian Gazpacho is one of the most popular variants of the soup – gazpacho andaluz. It is based on tomatoes, especially the most ripe and soft ones, usually mixed with vinegar, olive oil, garlic, bell pepper, cucumber, spices and bread. All the ingredients should be creamed by hand or in a blender.

Some people believe that the soup was brought to Andalusia by Moors. Other historians claims that Romans brought it. All the same, undoubtedly, it is a perfect meal for hot, southern summer.

Gazpacho comes in a few variants, depending on the Andalusian region, it is prepared in:

A perfect Andalusian Gazpacho – a recipe for 4 people:

Put the ingredients into a blender, add water so that the consistence is not too thin – Y YA! We have already mentioned lazy people, haven’t we? : )