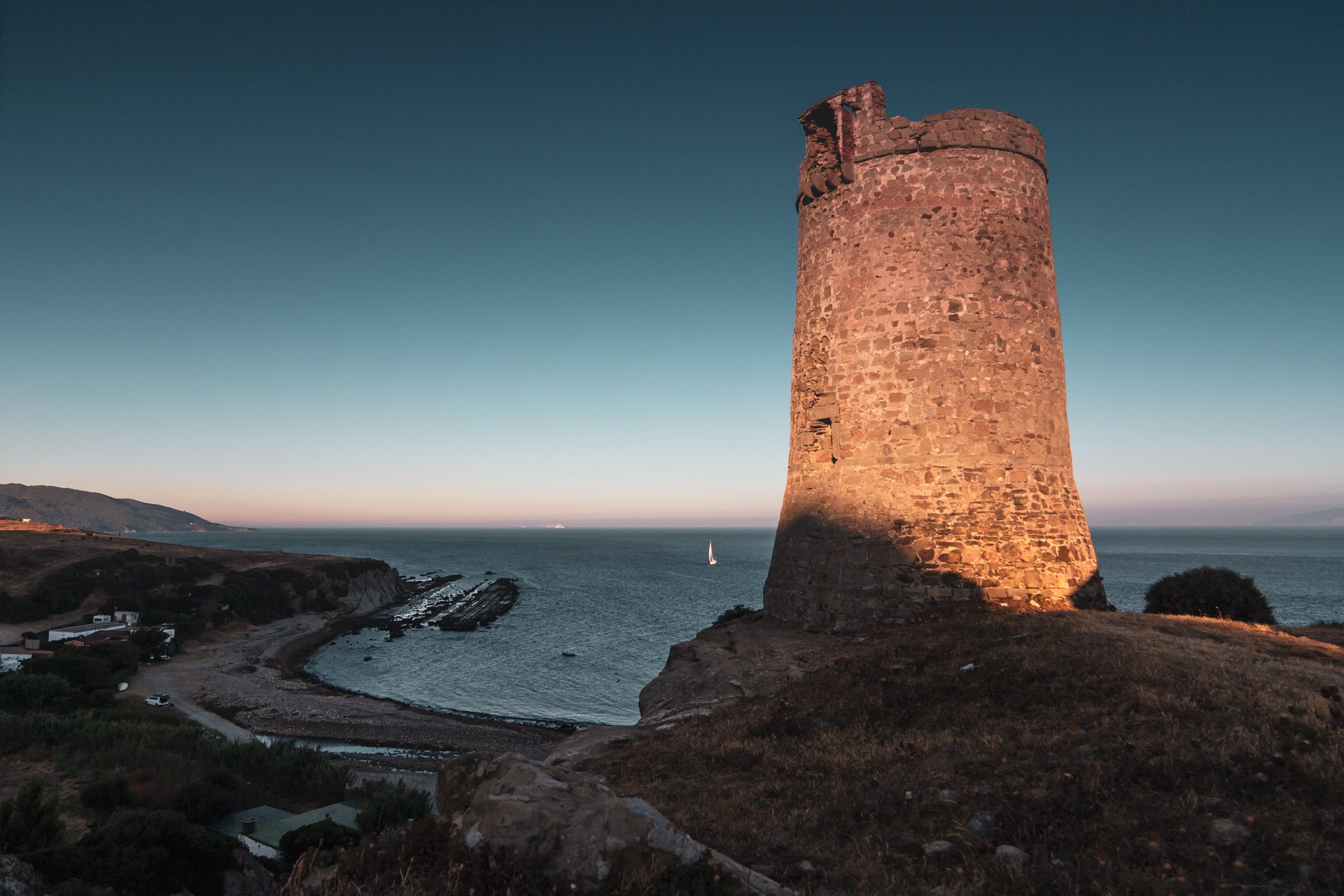 The reason behind the construction of the tower was protecting the only spring of fresh water on the whole coast – the local Guadalmesi spring – from the enemy ships.

This time, our search for interesting sights took us to Parque natural del Estrecho situated 1,5 km away from Tarifa. The destination of the trip was Torra Vigia Guadalmesi, an old tower situated on the edge of a cliff. Its construction began in 1588 during the first attempts at monitoring the traffic on the waters of the strait. For the same purpose, the tower on Isla de las Palomas (an island connected to Tarifa) and Torre del Fraile (situated close to Algeciras) were built. However, the purpose behind the construction of Vigia Guadalmesi was protecting the only spring of fresh water on the whole coast – the local Guadalmesi spring – from the enemy ships (the tower was named after it).

Next to the tower, there is a concrete construction which, together with other similar constructions situated in different locations of the park, serves as an observatory system of bird migration. You can spot there many animal species, including: white stork, gerbil, Egyptian and griffon vultures, eastern and southern imperial eagles, and peregrine falcon. 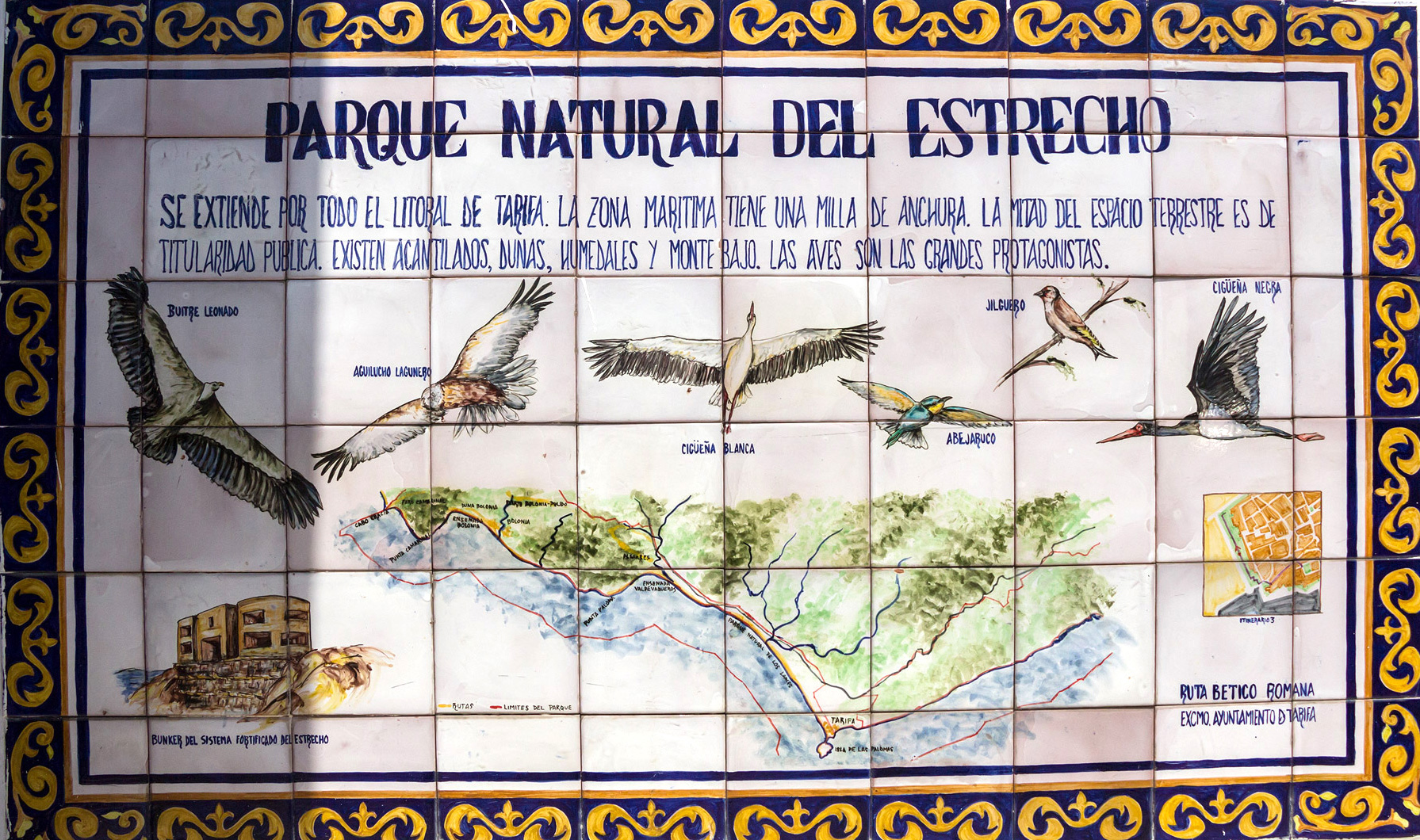 We took route N-340 from Tarifa to Gibraltar. About 5 km away from the city, we turned right into a narrow asphaltic road, and after going a few kilometres further down this road, we arrived next to old, abandoned military buildings. Roadside signs saying Keep out baffled us a little. We were unsure whether it was a good idea to cross one barbed wire gate after another. Luckily, one of the local passers-by reassured us that we can keep going. Our road became very narrow and very twisty…

The area surrounding Torre Vigia Guadalmesi is a great destination for foot and bike travels – especially for bikes with off-road tyres. Of course, it is possible to drive a car through the bumpy roads, but it is recommended to use off-road cars with a higher car suspensions. As the local guy told us, the road is esta muy malisima…

After greeting the donkeys grazing next the trailway, we finally arrived at a place, from which we had a perfect view of the tower, rocky beaches and African shoreline. If you want to go by car, think twice because it is impossible to turn back and the trip is very shaky… the available options are going left towards Algeciras (recommended to cyclists) or going right alongside the shore towards the Observatorio del Esrecho, from the area of which, there is amazing view of Tarifa, the strait and Africa. It is only a few kilometres of asphaltic road away from Tarifa… The cliffy and rocky shoreline surely does not make one willing to get into the water, which has very strong currents. A trip alongside the shore makes an amazing impression, and the place itself is a perfect location for an active leisure.

Parque natural del Estrecho is a protected area located on the southernmost part of Europe, ranging from the mouth of Getares river in Algeciras to Cabo de Gracia cape situated right next to Zahara de los Atunes. Its eastern outskirts are washed by the waves of the Mediterranean Sea, and the western outskirts border with the waters of the Atlantic Ocean.

Book your train, bus or flight ticket, and discover Andalusia! 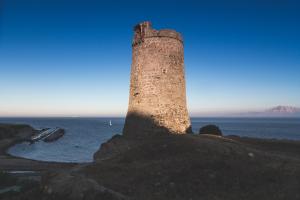 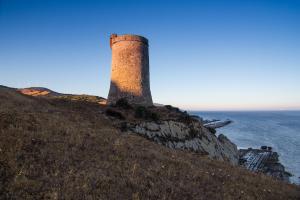 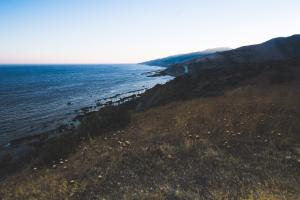 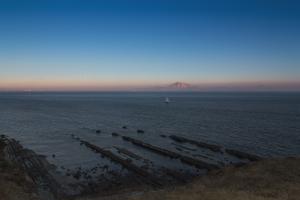 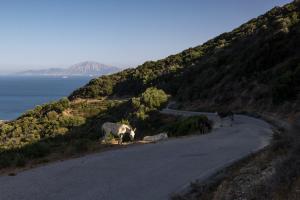 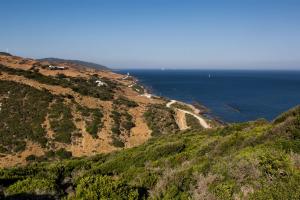 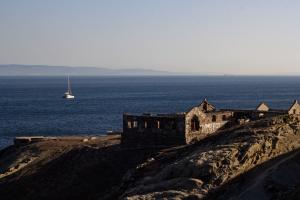 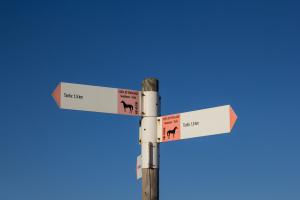 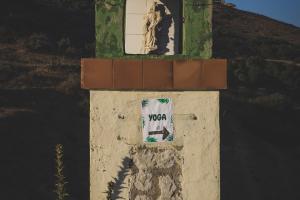 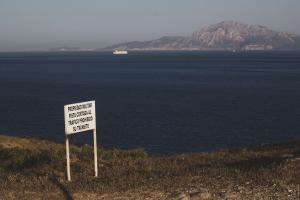 Barrinha Beach Faro Traveling Spain with high-speed train. From Malaga to Madrid. Calima - the Sahara sands are coming! Hiking Pico de la Concha | Marbella, Andalusia, Spain Arrival and what next? How to get from Malaga airport to ...