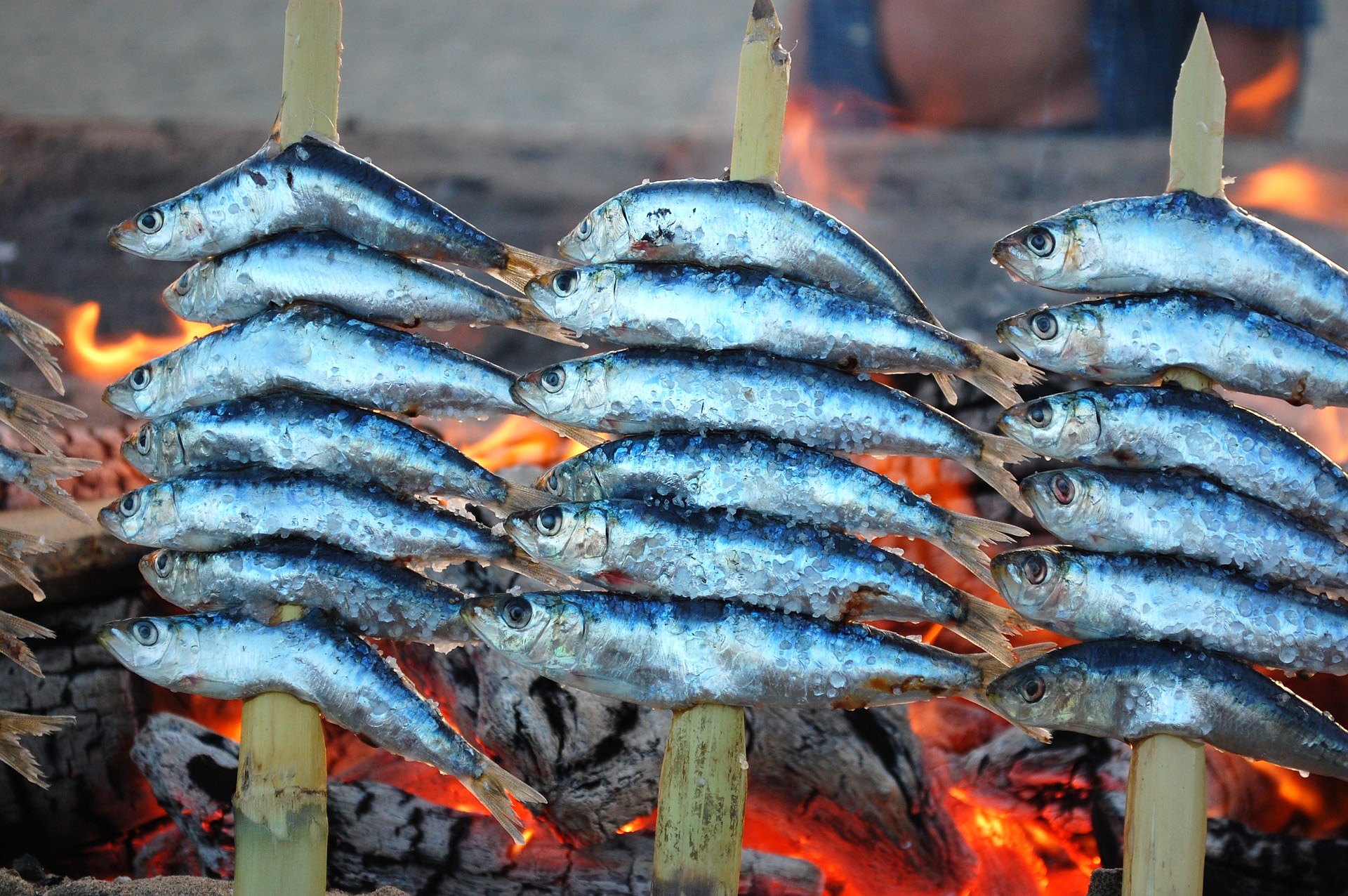 What to order, buy and eat to feel the sunny Andalusia?

What to order, buy and eat to feel sunny Andalusia? There are many recommendations, and I will try to introduce the typical products of the region, which can be found on ships and which you could take back home with you.

For centuries, the Andalusian territory has been known for growing olives and manufacturing olive oil. Spain is the absolute leader here, filling 30% of the global market, and from Andalusia alone, comes 83,50 % of the country’s production (in 2017, Egypt got the second place, and Turkey got the third place).

Almost everyone can tell apart green olives from black ones, but there are many more, even thousands types…. Typically spotted in Spain are: Lechin, Bical, Picuda, Cornicabra, Farga, Gordal

Sevillana, Hojiblanca, Lemono, Manzanilla, Morrut, Gordal, Picual. Those are only some of 260 types that grow there.

They are distinguished by their different colour, size, taste and filling (olive filled with almond – a delicacy!). I recommend the olives manufactured by Lanzaz, Bravo and Partidas de la Abuela from Antequera. Often, in markets, olives are sold in boxes and you can try there many of the types, and the offer is very vast! 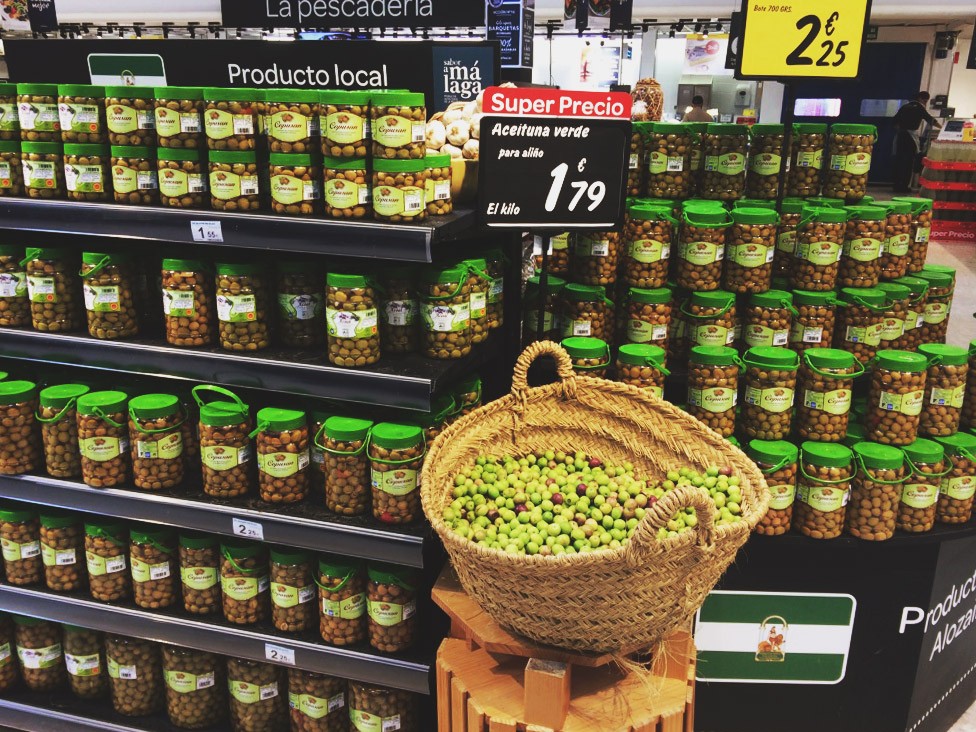 Spain has the first place in olive old production, as well. When you buy olive oil, it is best to pay attention to its ingredients and type. From the most popular type of olives – picual, we will get olive oil with a fruity taste, fig and wood aroma, and gentian aftertaste. They grow mainly near Jaen. Olive oil of the hojiblanca type is mostly manufactured near Malaga, Cordoba, and Seville. It has a bitter taste and almond tinge. Arbequina olive oil is delicate and light.

It is best to buy PURO VIRGEN EXTRA olive oil, because it is the healthiest, and it is still murky and produced from fresh fruit, unprocessed. While making a purchase, it is good to check whether the olive oil was refined – such information should be placed on the bottle. It is best to choose olive oil that was not refined.

Wine vinegar from Jerez is one of the most appreciated. The production started near Cadiz, namely on the territories between Jerez de la Frontera, Sanlucar de Barrameda and El Puerto de Santa Maria, and has been continued for over a dozen centuries. The best vinegar is made from Oloroso wine, and its taste is obviously influenced by the used grape variety. 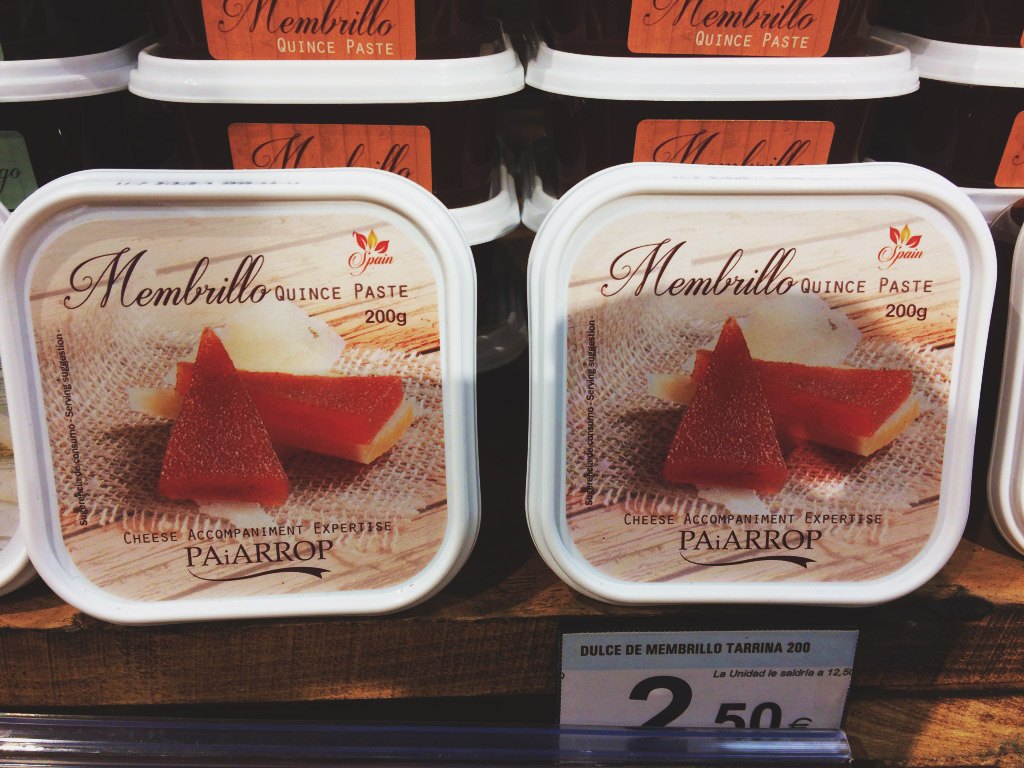 There is no need to introduce the famous red sausage chorizo with the addition of aromatic pepper. Morchilla serrana, on the other hand, tastes very similar to Polish black pudding. It served in slices cold or hot, exactly the same way Polish black pudding is served.

It is difficult to miss pig feet handing from hangers in markets… there are really many of them. Hams are divided into two main types: “Jamon Iberico” and “Jamon Serrano”.

Serrano is made from white pig. Most often, the meat is dried in mountain regions, at low temperatures (for at least 12 months). The best hams have Gran Reserva mark and dry for over 1,5 year. However, Iberico is the more desired and appreciated by the man-eating gourmets. It is a true queen of “pig feet” and is made from black Iberian pigs. The price of the meat does not only depend on the drying time but ale on the pig’s menu. Often, restaurants serve different types of jamon, it is good to know the differences between them:

There are many choices when it comes to Spanish cured meat. The offer is very varied, so it is best to ask for a recommendation in specialized booths. Eating from and cutting ham on a special handle – jamonera is a true art.

It is a true delicacy here. Cheese may be seasoned with herbs, taste like toffee, fat or not, have da ifferent degree of maturity and hardness. They are a perfect addition to meals, wine or may be served as tapas. Their perfect taste comes from a high quality milk.

The basic distinction can be done basing on the hardness of cheese, so here we have a list starting with the hardest one:

It is good to check on the label whether it is sheep or goat cheese (ovieja – sheep, cabra – goat), because there are many people who do not like goat milk. Personally, I prefer curado and semicurado cheese. It does not have a strong tang and have pleasant, hard consistence. On markets, the sellers gladly offer small pieces to try, so it is easier to make a choice.

There is another post in which I write more about the treasures of the vineyards that are here. Spain is the third largest wine manufacturer. In large stores (i.. Carefour), wine shelves are divided into types and region from which they originate. You can find there real delicacies that do not cost much.

“Pescaito frito” are fish and seafood covered in flour and deep fried in oil. Delicious! The smallest fish, which are perfect for a snack while drinking beer, are called Chanquetes. Boquerones is a fresh anchovy and should be eaten whole using your fingers. They are a bit larger than Chanquetes. Sardines grilled over an open fire on boats are very popular, as well. We will find them in almost every chiringuito that serves food. 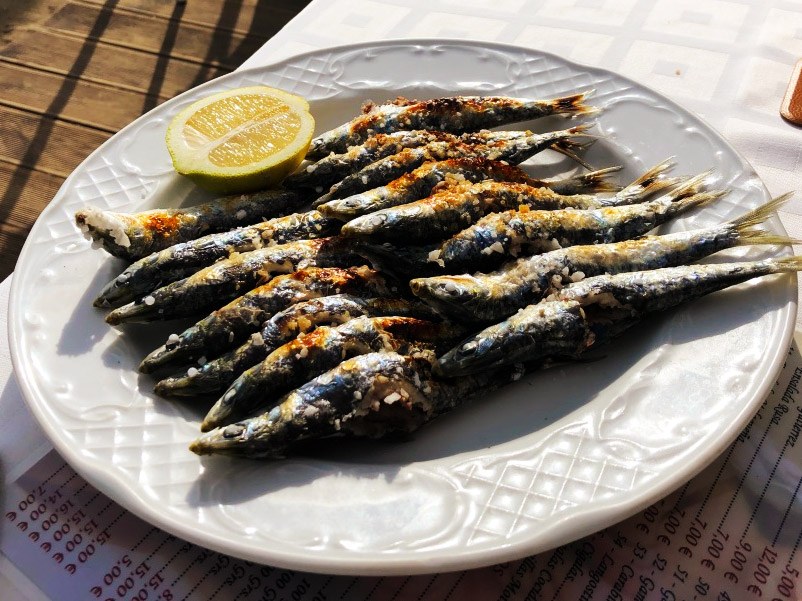 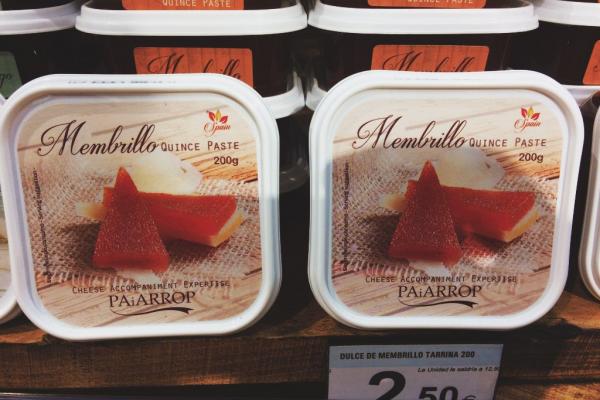 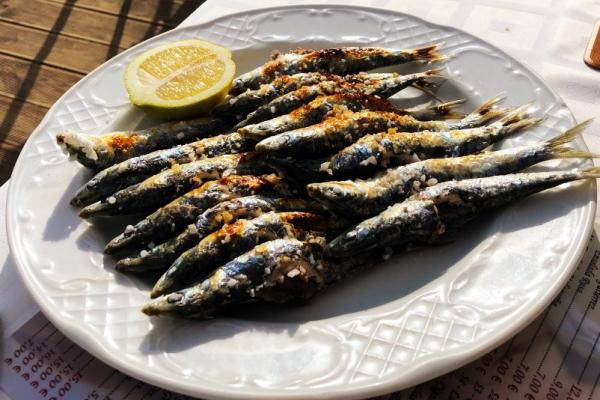 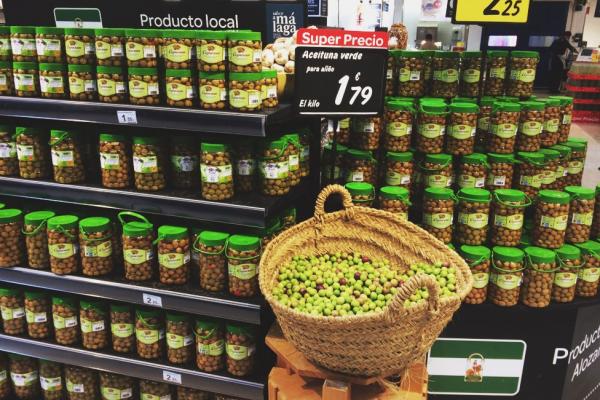 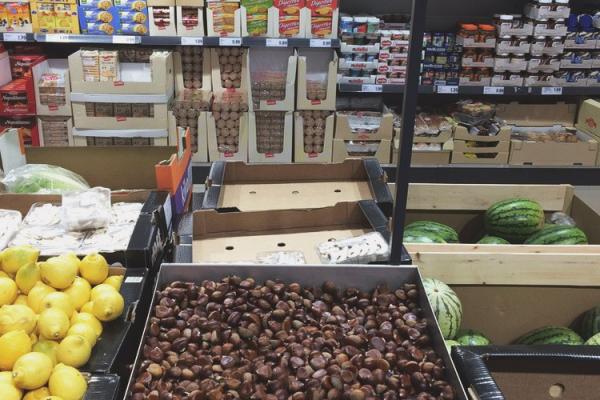 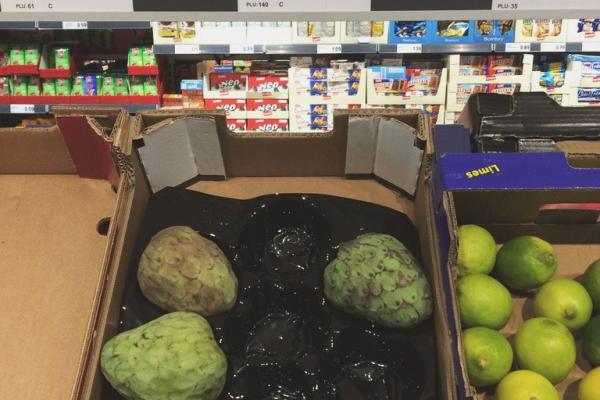 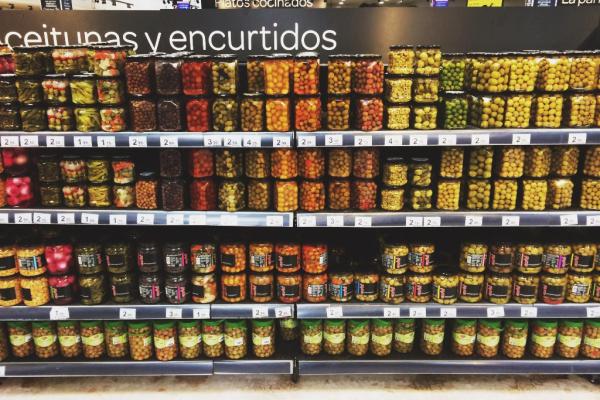 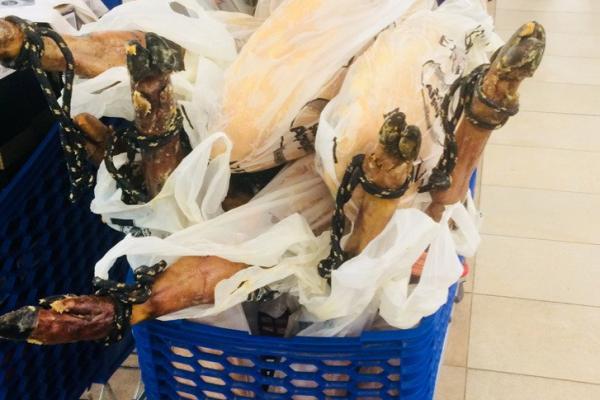 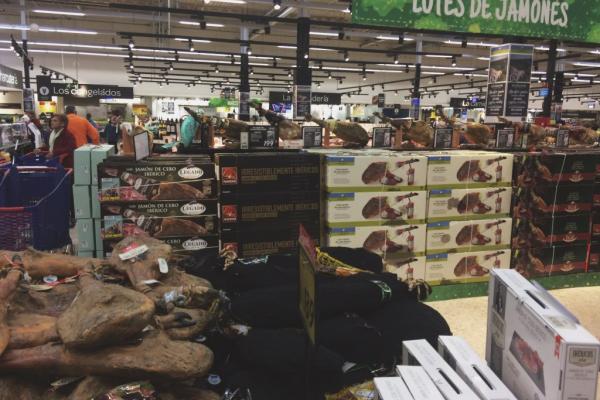 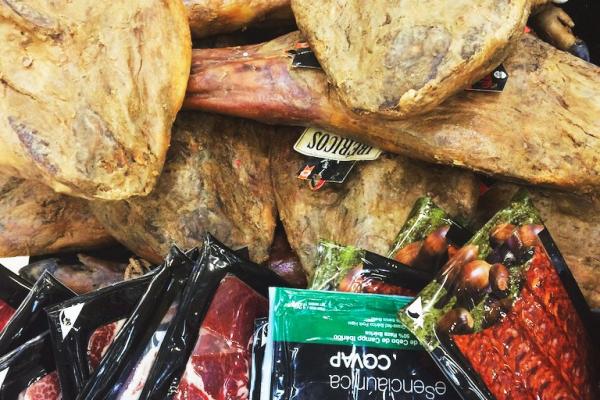 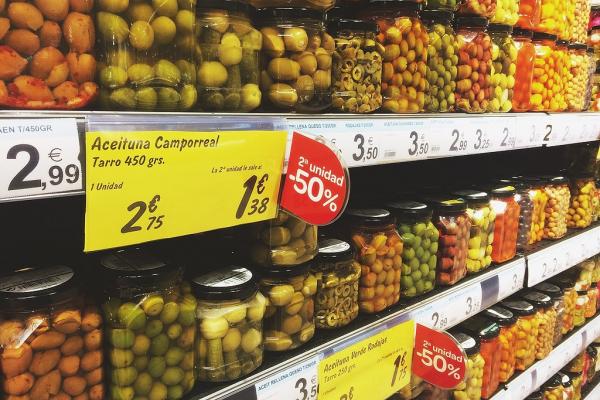 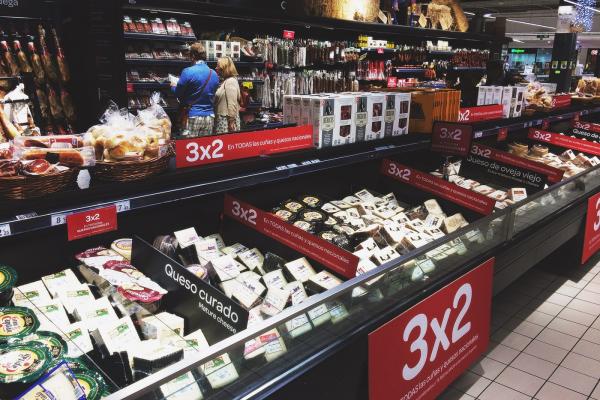 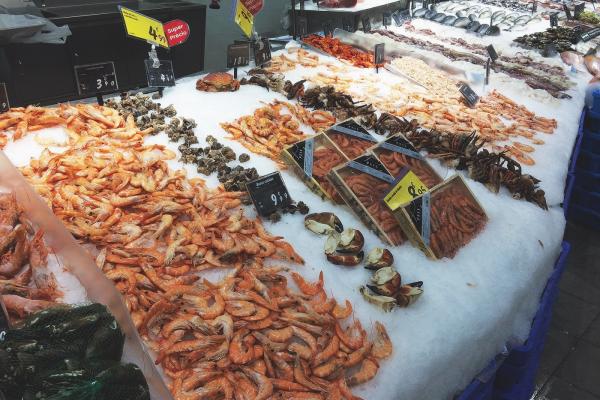 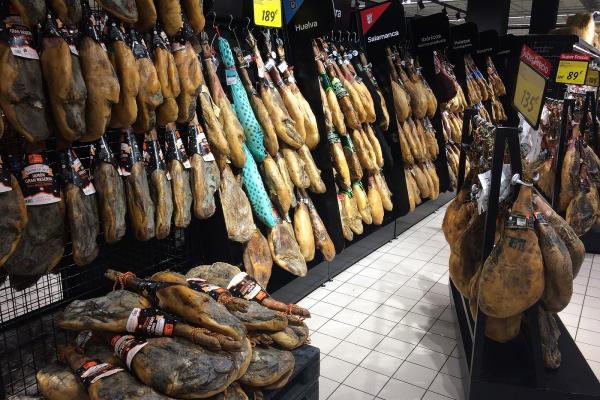 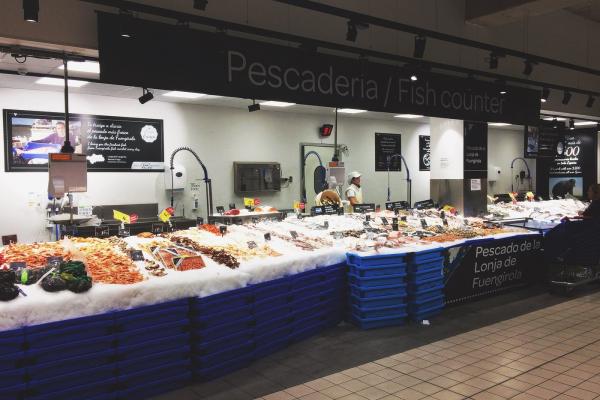 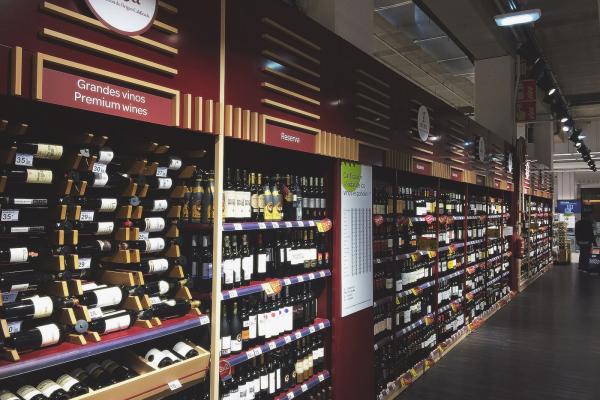 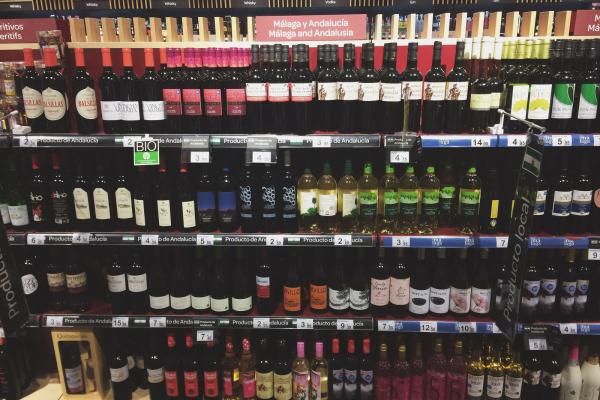